Helmi Yusof, The Business Times, March 31, 2022
Open a larger version of the following image in a popup:
Share 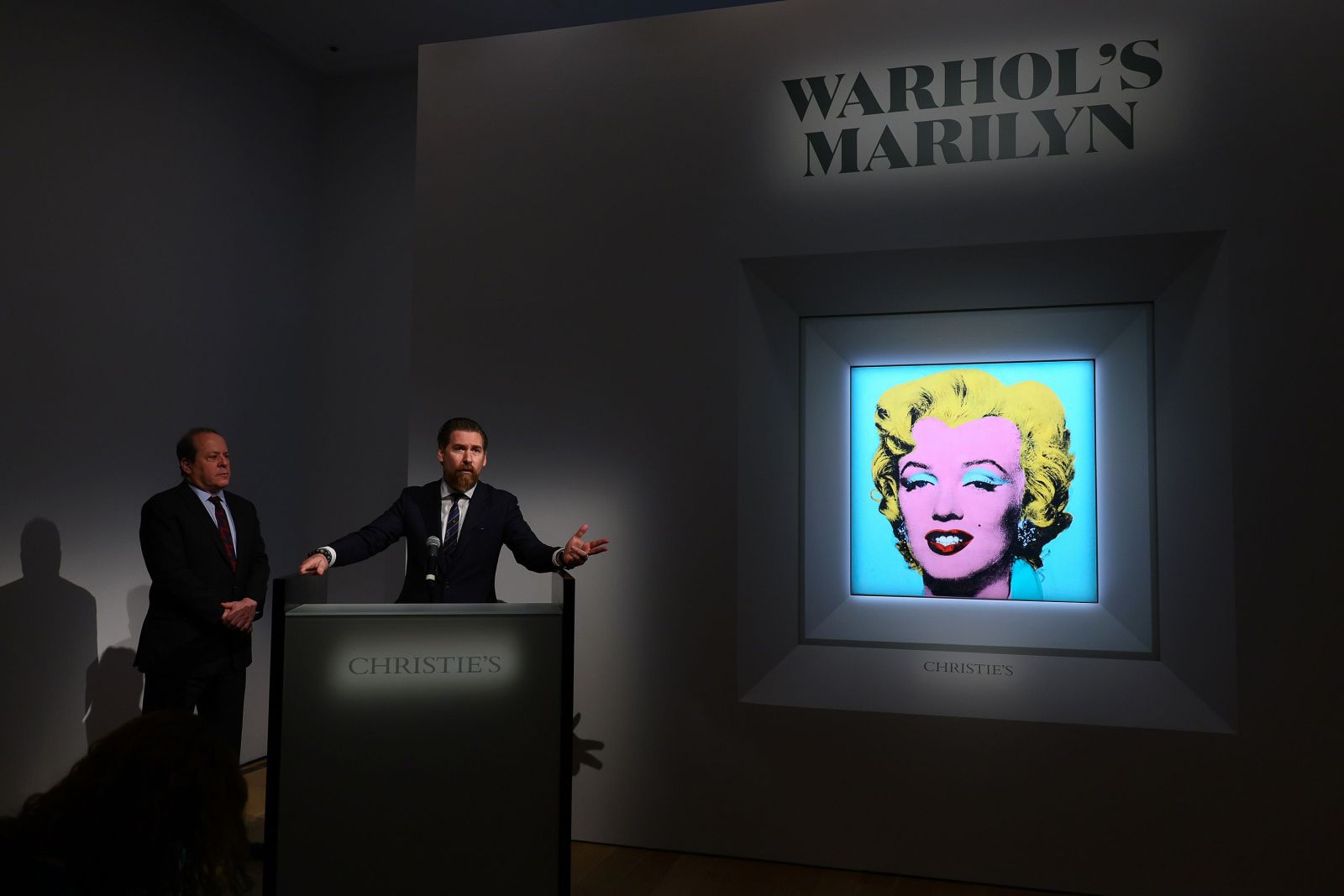 THE signal cannot be clearer: auction house Christie's, sensing a near-full art market recovery from Covid-19, is putting up Andy Warhol's painting Shot Sage Blue Marilyn for auction at an astonishing estimate of US$200 million. Should the estimate be met or surpassed, Warhol's painting would be the most expensive 20th century artwork ever to sell at an auction.

Beyond the borders of auction houses, however, other signs also confirm that the global art industry is recovering strongly from its worst downturn in over a decade, as arts consumers return in droves to museums, theatres, opera houses, dance venues and concert halls.

In Singapore, Mar 29 marked the official end of the 2-year dearth of live arts performances. The latest set of Safe Management Measures dropped restrictions on the number of unmasked performers on stage, allowing producers to once again dream up big shows with a cast and crew totalling hundreds.

Just as importantly, venues can also host up to 1,000 audience members or 75 per cent of their capacities. The recent run of Pangdemonium's drama production The Glass Menagerie (below) drew near-full houses every night for 2 weeks at the Victoria Theatre under a live performance pilot scheme by the National Arts Council (NAC). Meanwhile, other arts companies are seeing healthy take-up rates for their upcoming titles. 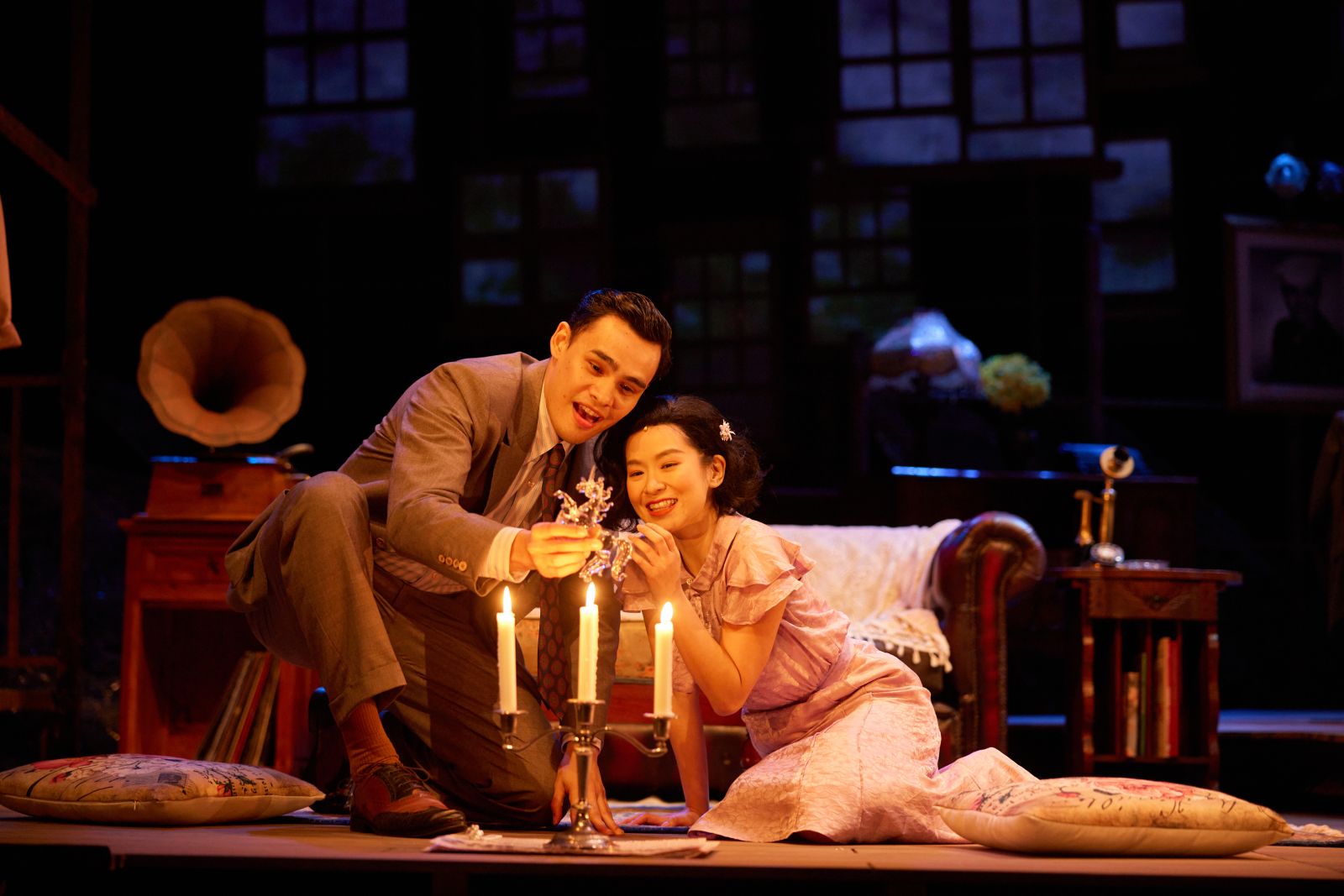 The previous safe distancing rule meant that many shows had to play to about a third of their usual audience sizes, making it impossible to recoup costs. But now with much larger audience sizes, producers can breathe a sigh of relief. This latest easing of Safe Management Measures also includes the resumption of outdoor busking and removal of most restrictions on arts classes.

All these developments follow the announcement of supplementary support for the arts and culture sector by the Ministry of Culture, Community and Youth during the recent Committee of Supply. An additional S$12 million will be injected into the Arts and Culture Resilience Package, bringing the total support provided to S$87 million.

NAC's chief executive Rosa Daniel says: "This is a huge step for Singapore in our Covid-19 journey, and for the arts and culture sector with arts coming back to life on such a scale. We hope the public will share in our joy and support the community by purchasing a ticket, attending a live performance, or even spreading the word." 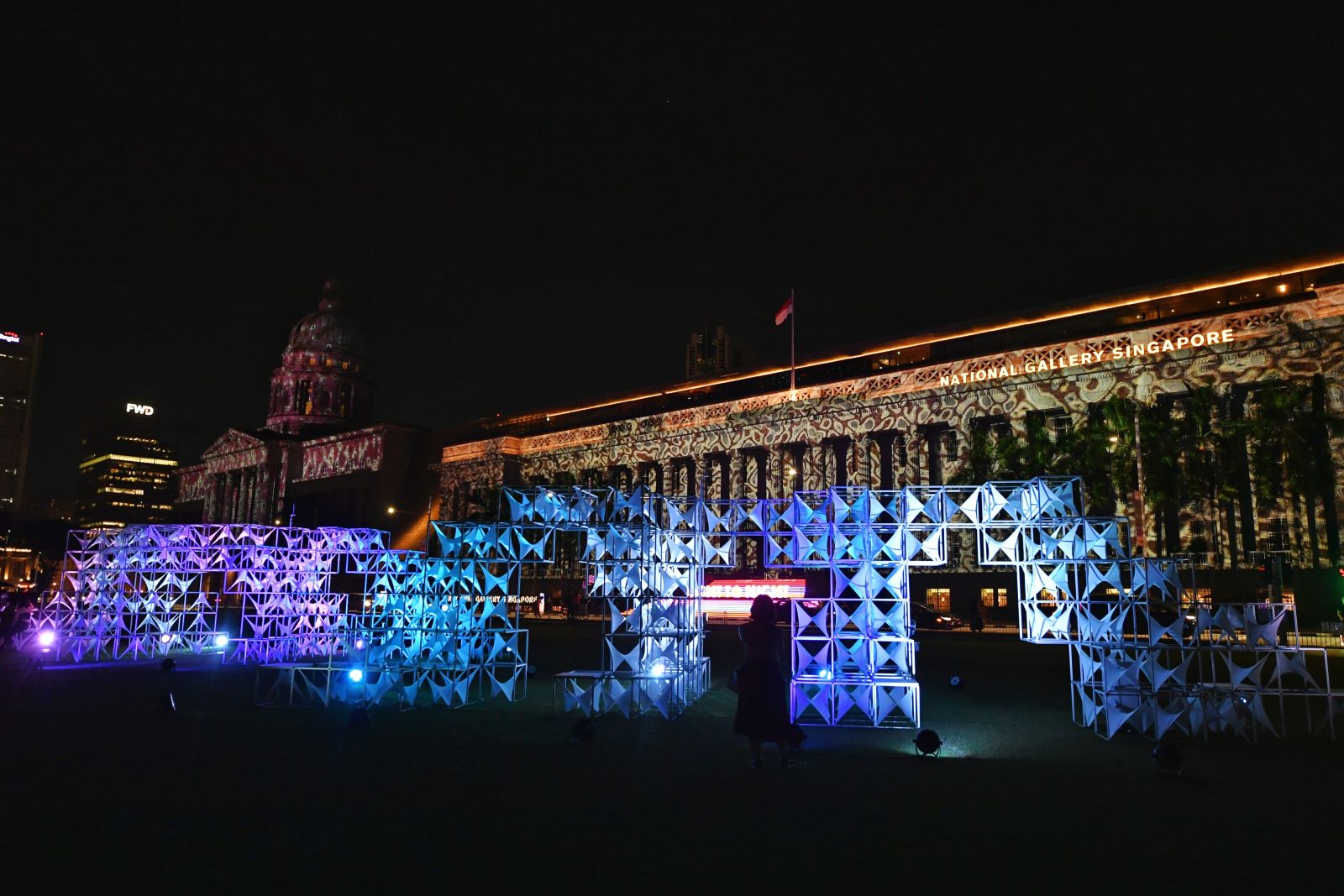 On the global front, the visual art market saw a strong recovery in 2021. A new report by Art Basel and UBS estimated that the aggregate sales of art and antiques by dealers and auction houses reached US$65.1 billion in 2021, up 29 per cent from 2020, and even surpassing the pre-pandemic 2019 figure of US$64.1 billion.

Globally ranked, the US market was the biggest, accounting for 43 per cent of worldwide sales by value. The Chinese art market was the second largest with 20 per cent, while the UK held the third spot with 17 per cent.

Although the Singapore market is too small to be ranked, art dealers in Singapore have reported a substantial increase in sales, as have dealers in Hong Kong and Japan. The aggregate rise across Asia was 31 per cent.

Private Singapore galleries such as Cuturi Gallery (below, featuring artist Aisha Rosli) and Yavuz Gallery have had a string of sold-out exhibitions in 2021, while public art events such as January's Singapore Art Week drew record visitor numbers at certain hubs. 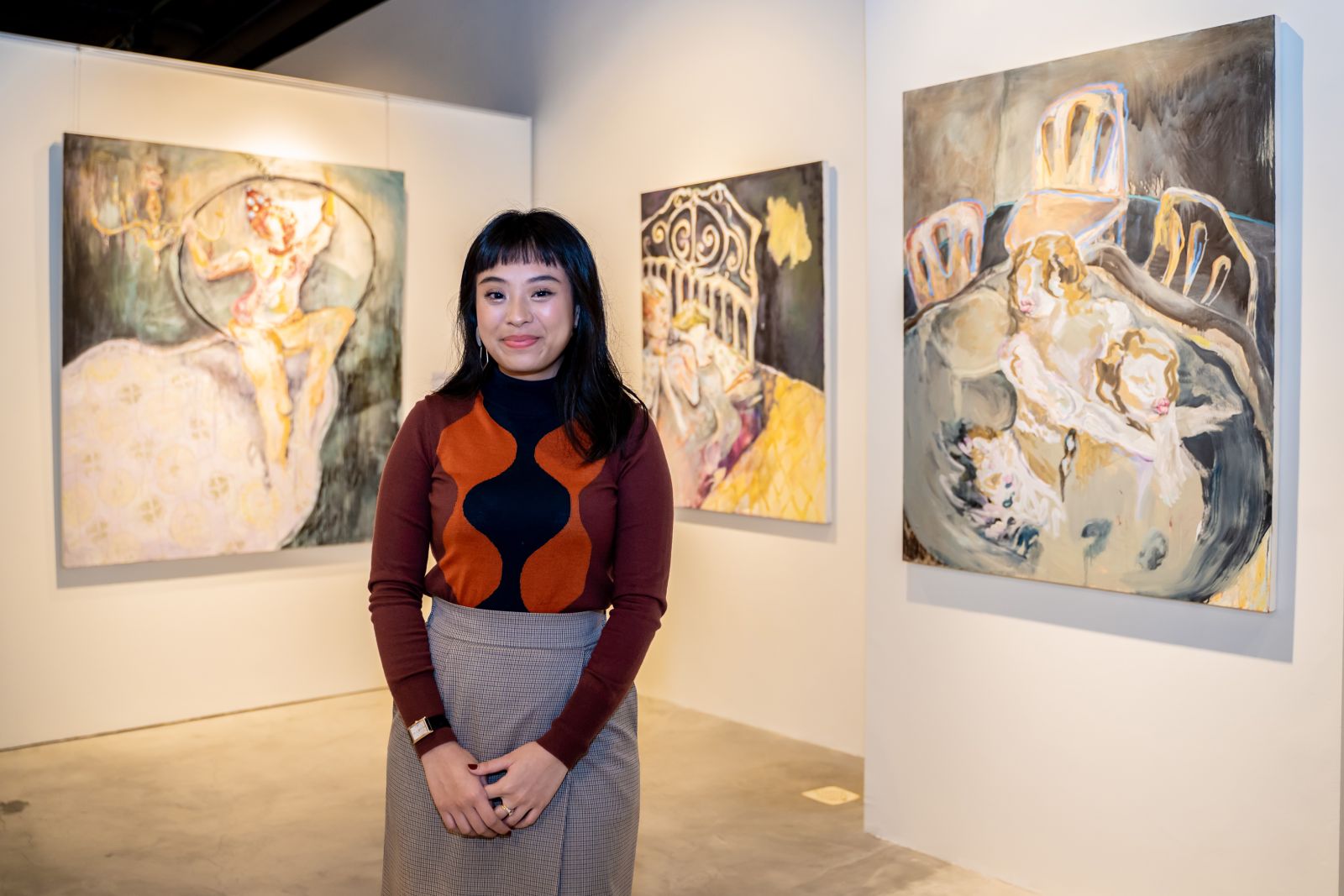 That said, the Art Basel and UBS report pointed out that the global recovery has been uneven, with top-tier galleries and auction houses getting the lion's share of sales.

Clare McAndrew, founder of Arts Economics which conducted the study, says: "As the market gained momentum again, we have seen that the break in schedules and shift to digital has done little to restructure the market's hierarchies, and the high end began once again to pull away, with an even denser concentration of value on a small number of artists and businesses."

Unsurprisingly, the new darling of the visual art market in 2021 was NFTs. The value of sales for art-related NFTs expanded over hundred-fold in 2021 year-on-year to reach US$2.6 billion, with even greater growth in NFT collectibles, to US$8.6 billion. 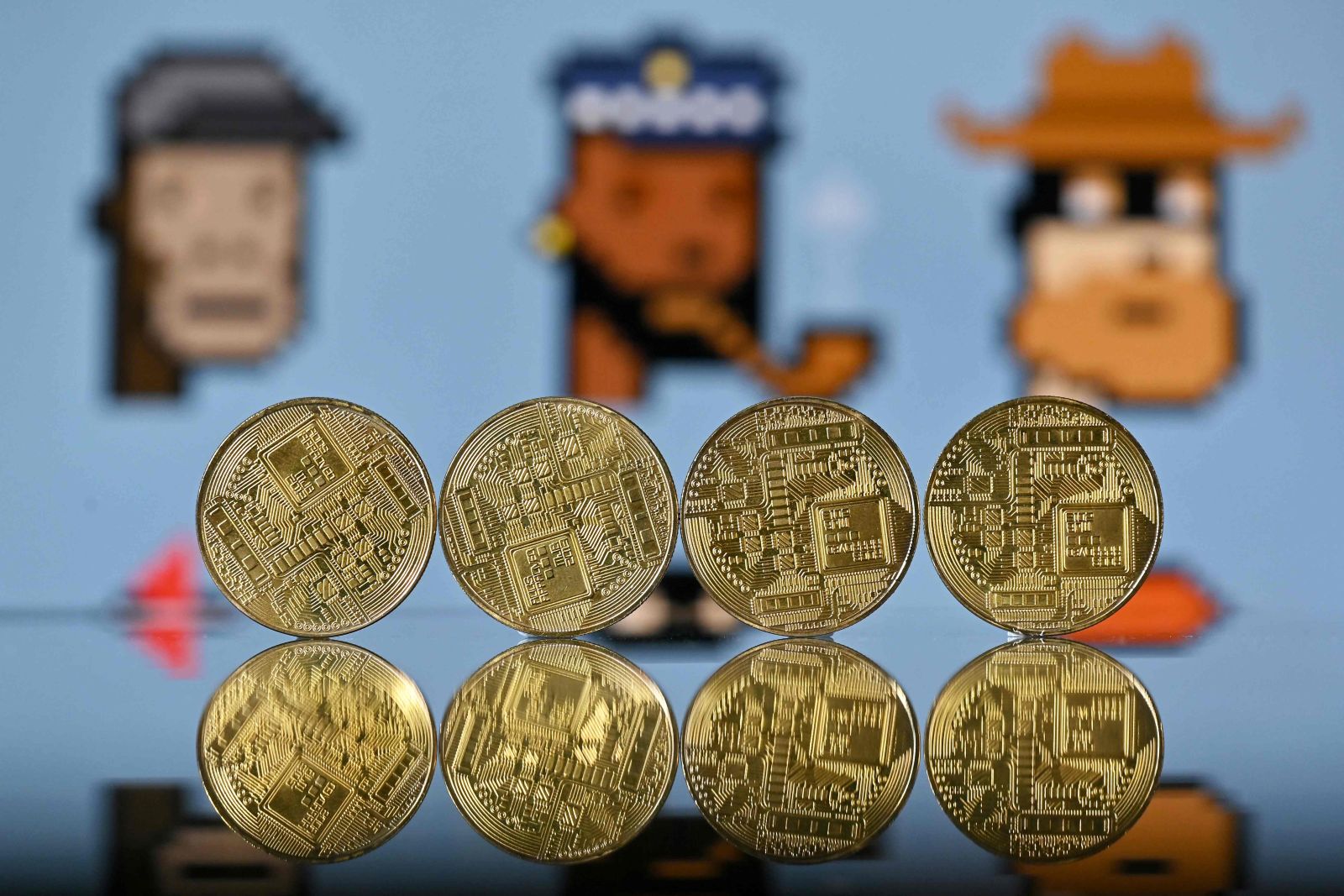 In 2021, 74 per cent of High Net Worth (HNW) collectors surveyed by Arts Economics and UBS Investor Watch had purchased art-based NFTs, with a median expenditure being US$9,000 per NFT.

NFTs have also helped draw young collectors into the art market: Sotheby's NFT sales, for instance, reached US$80 million in 2021 - with 78 per cent of NFT bidders being new to Sotheby's and more than half of them aged under 40.

To wit, major Singapore gallery Gajah has just opened its first NFT show with top-tier artists such as Suzann Victor, Yeo Siew Hua, Uji "Hahan" Handoko and Ashley Bickerton. For most of them, these NFT artworks are among their first.