Plural Art Mag , April 21, 2022
Open a larger version of the following image in a popup:
Share 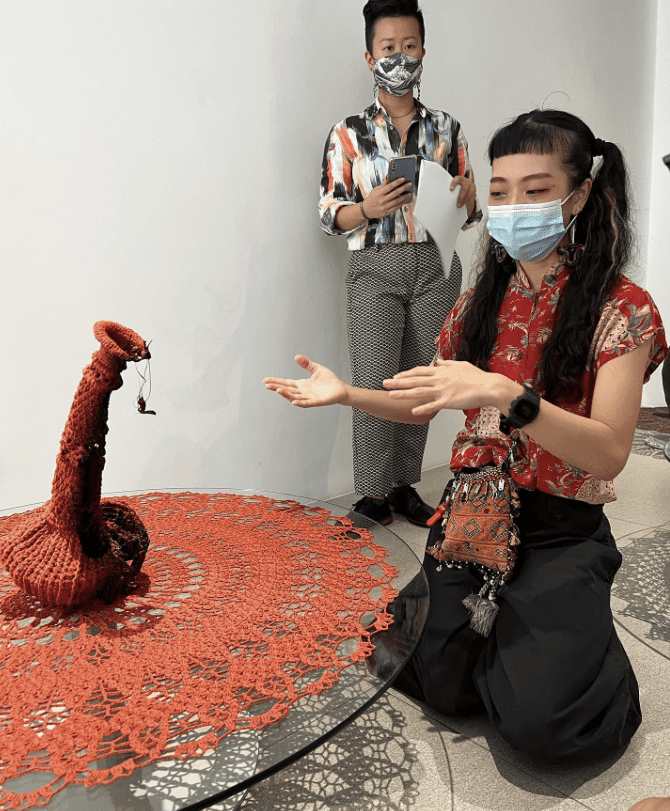 It was an awesome day in the Plural universe as we got to catch up with former editor Michelle Lim and #OurHeartlands artist Kelly Limerick over at Cuturi Gallery. 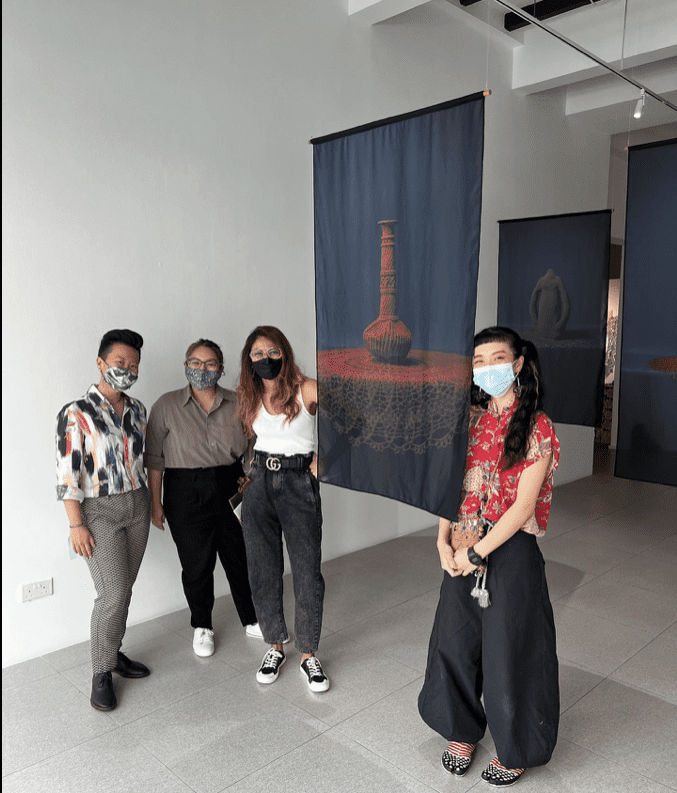 Kelly’s new show Unbecoming opens to the public on 23 April and features an exciting new breakthrough in the artist’s practice — the destruction of her own exquisite creations. The show’s all about craft as a process and the time that it takes to make or unmake something. After many hours of painstaking work, Kelly lit her own crocheted vases on fire to create a series of elegantly damaged, breathtaking sculptures. The series grew out of Kelly’s feelings of frustration at being under-appreciated as a crochet artist, and she wanted to know: “If I destroyed my artwork, does it then become more worthless than it currently is, in other people’s eyes ? Is there a value that’s lower than zero?” 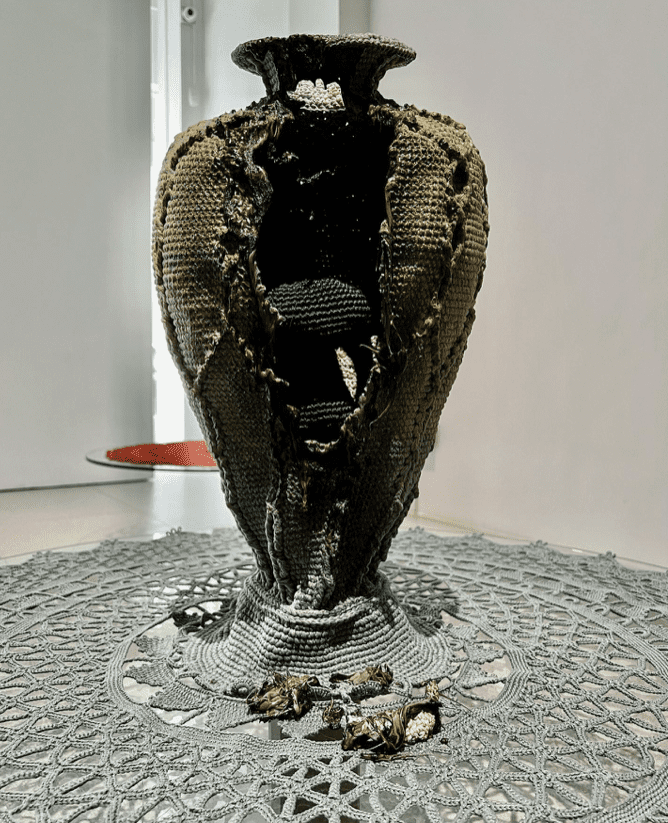 This large vase was named Pompous and encases a smaller vase, to convey the idea that strong and belligerent fronts often hide smaller and fragile egos. 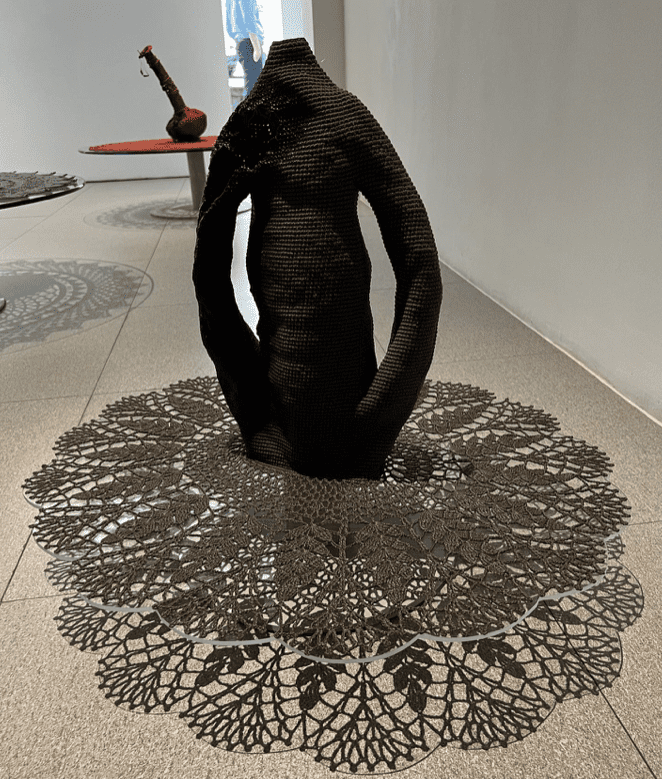 The crocheted vessels are placed on delicate doilies which seem to float off the ground. Works are deliberately placed at a low level so that viewers can properly get up close and personal; and also to challenge more traditional museum viewing experiences which “elevate” art works or at least, place them at eye level.

“Crochet is a forgiving lover,” explains Kelly, “when you want to make amends, you can always unpick the work and start over again.”
For anyone who’s worked their heart out at something, only to have to let it go, or destroy it, when it was no longer the right thing for them… this show is for you. We found it hard to resist taking one home (and maybe still might do so)!
Rest assured Kelly, there’s nothing worthless about this fierce, brave and beautiful presentation.
Catch it at Cuturi Gallery  before it closes on 8 May!
News source