Pauline Wong, The Edge Singapore, 2020年2月28日
Open a larger version of the following image in a popup:
分享
Is art elitist? Founder of the Cuturi Gallery, Kevin Troyano Cuturi, does not think so. His newly-launched gallery showcases emerging and established artists within its walls, and he believes anyone can enjoy and own art. He shares with Options what he hopes to see in the art world in the years to come.
SINGAPORE (Feb 28): There is a scene in Pixar’s beloved animated film, Ratatouille, where the fictional Chef Gusteau tells the rat protagonist Remy that “anyone can cook”. In the movie, the chef receives a lot of flak for his belief that anyone, with enough practice and patience, can learn to cook. After all, it does not take a chef to know good food or to appreciate it. Could the same be said about art? Anyone can art
Rightly or wrongly, art is perceived as the purview of the elite — rich tycoons smoking cigars in silk robes, buying million-dollar art pieces by old Dutch masters without batting an eyelid, or erudite curators of famed museums, nodding wisely behind horn-rimmed glasses as they survey a Renaissance-era fresco. Art is intimidating, high-brow, and elitist. However, 30-year-old Kevin Troyano Cuturi, owner and founder of the newly-established Cuturi Gallery on Scotts Road, does not hold on to this view. As a lifelong fan and appreciator of the arts, his vision is simple: to create a new and discerning generation of art lovers, who will no longer be intimidated or put off from appreciating, purchasing and collecting art. He also wants to showcase new, young and exciting local artists and give them a platform on which to sell their art and gain exposure. Tall, with striking, icy-blue eyes, Cuturi is soft-spoken and serious, but he lights up when the conversation turns to his gallery and art. His background may seem unconventional for an art gallery owner — this tech wizard and physicist by training has tech giants like Amazon in his resume — but his passion was always in the creative domain. Although the correlation between art and science is not always immediately obvious, Cuturi begs to differ. “I’m a very logical person, so [for] everything I do, I love understanding the processes. When I look at an artwork, I am actually really intrigued by the thinking process of an artist — where did the idea come from, and [how did it get] to the final project?” he explains. This process is one of storytelling, which he sees as the connection between science and art. “All the artwork I have in my home has a story to be told, and that is a real correlation between a scientific approach and an artistic approach.” Cuturi has been cultivating his love for the arts since he was a young boy. “I have a strong interest in the arts which has been cultivated since I was very young by going to museums; it’s something I nurtured with my pocket money,” he says, smiling. “I bought my first lithographies with my first salary instead of, say, a watch.” He self-deprecatingly jokes that his first art purchase was not exactly a good one, but he is proud to say he has evolved since then. However, his real foray into the arts did not happen until he moved to Singapore to work for Amazon. It was during his time here that he saw potential in the burgeoning arts scene. “I saw that there was so much going on, there was strong infrastructure, and [art] events [here] were very well-organised. I could tell that with a bit of work, something could be done here. That’s why I decided that I would launch a gallery.” Cuturi’s first gallery was the Mazel Galerie, a collaboration with the Mazel Galerie in Brussels, which was launched in 2017. “From buying art to selling art [for] two years… as I began to see the dynamics of the commercial side of art, there were things I wanted to change. So I ended the collaboration [with Mazel Galerie] and went on to launch Cuturi Gallery last year.” The Mazel Galerie Singapore is now Cuturi Gallery. “So hopefully, Cuturi Gallery will reflect my learnings over the past two years and also incorporate all the changes I had in mind,” he adds. “In a typical ‘Amazonian’ way, I’ve come up with a bunch of programmes which are the result of these learnings and observations.” Innovation is the art form
Cuturi Gallery opened with renowned French contemporary and experimental artist Lionel Sabatté’s solo show, Elemental Beings, alongside artworks by aspiring homegrown talents from its non-profit c/discoveries initiative. c/discoveries aims to help aspiring and experimental new artists get a foothold in the commercial gallery system, without contracts and financial obligations. A new form of art patronage, the initiative shifts the paradigm by providing resources such as mentorship, financial support and networks to these homegrown artists. 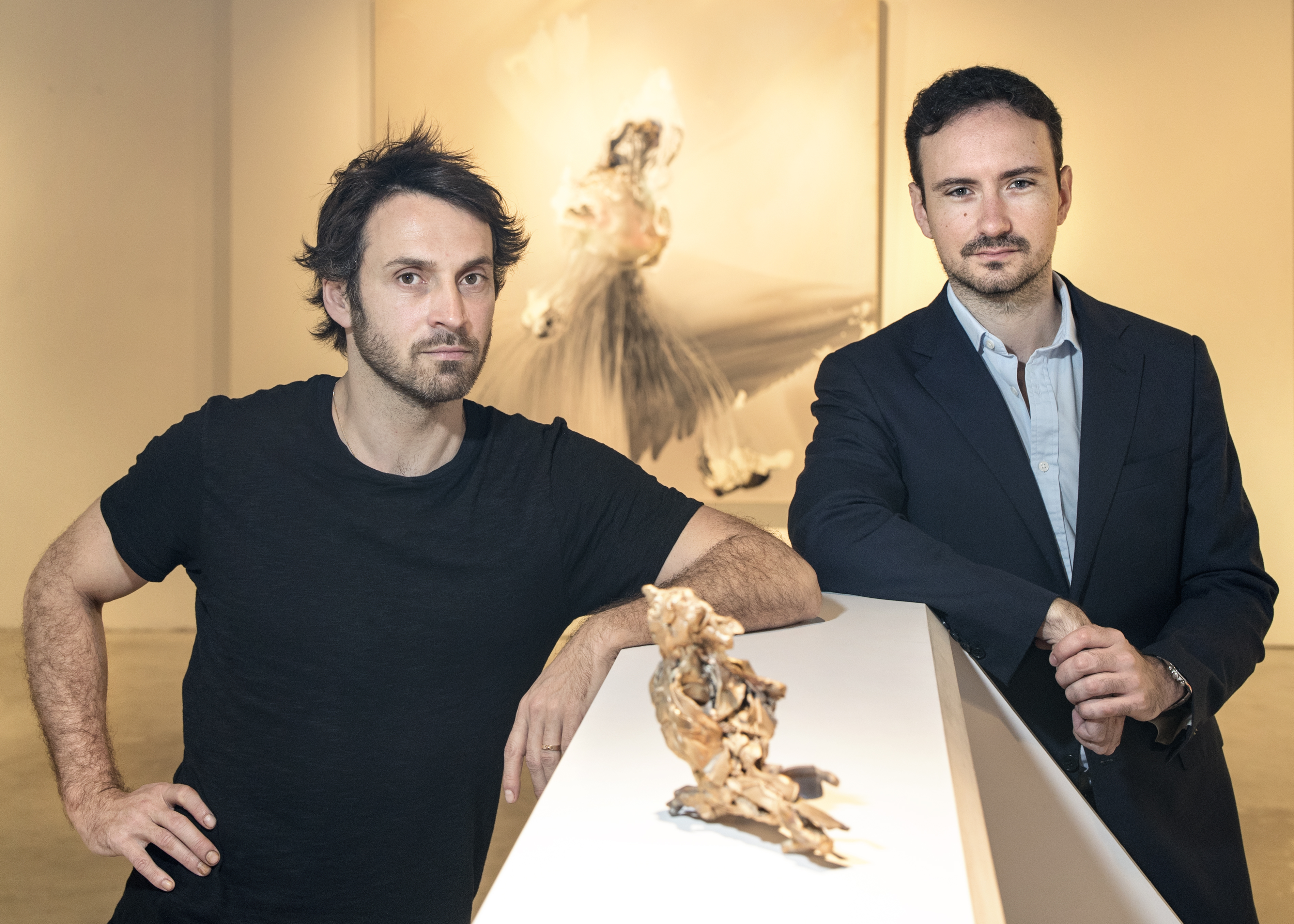 For every artwork sold through the initiative, 80% of the sale proceeds is channelled to the artist, while the remaining 20% goes towards funding future artists of the programme. Cuturi Gallery is arguably the first in the industry to apply the 80/20 rule in this manner. Young local painters Yunita Rebekah and Aisha Rosli, who are currently being mentored through c/discoveries, have since debuted their artwork in the exhibition, Stages and Mirrors.

For Cuturi, the decision to include homegrown talent was a deliberate decision, one which fits right into his wish to grow the arts scene in Singapore. “I am very positive [about the local arts scene]. I think it’s just a matter of time — when we look at countries where art appreciation has been well-established, it happened over hundreds of years. But I believe in Singapore it’s going to [take] five to ten years’ time, to get to that maturity level — Singapore has not just ambition, but everything is in place: the infrastructure, museums, investments.”

For instance, Cuturi points to the sculptures created by Sabatté — a frequent collaborator of his — whilst inside the 20ft shipping container repurposed into a mobile artist’s studio and gallery in front of Takashimaya on Orchard Road. Passers-by had the chance to see him at work, as the container was made of glass. “Nowhere else in the world could you get that done,” says Cuturi. “This is why I want to be a part of this adventure.” However, Cuturi realises there are challenges ahead. Art is still viewed as inaccessible and high-brow to many. While anyone can enjoy art in a museum or a public exhibition, purchasing and collecting art is still a niche. “When I’m in a taxi and I am asked what I do, and I answer that I’m in the arts, I can already tell that I’m ‘on another planet’,” he says. “The idea is to change that — so that when I say ‘I’m in the arts’, people will reply ‘oh that’s interesting, where is your gallery and where are you based?’” He wants to democratise the arts and help remove the perception that it is elitist. “The moment you step into the gallery — we need to [remove] that feeling that it is a place where only the people with the means to afford art can [be in]. I’ve seen so many people walk inside [the gallery], but the moment I stand up and they see me coming, they’re very intimidated and they quickly say ‘it’s okay, I’m just looking [around]’.” However, Cuturi says, he usually insists on conversing with those who walk into the gallery. “Once I do, I can see they’re actually very receptive. I honestly don’t believe people who say ‘I don’t understand art, so I’m going to close the doors.’ I believe there is curiosity, but also that fear of being judged.” He believes that the role of galleries can change. “It’s no longer the early 1900s, when galleries were the ‘face’ of arts and collectors relied on them. Now, we are facilitators. We have art curators, art consultants, and auction houses and we need to know our role. c/discoveries is a [part of that change].” Cuturi’s initiatives includes c/design, which rethinks the concept of craft by challenging the boundaries between art, design and architecture. It was born of the growing demand for European-inspired art deco furniture in Asia’s art market, and offers an avenue for design professionals, interior decorators and architects to access and acquire a wide range of bespoke designs and statement pieces crafted by independent artist-designers from around the world. In addition, Cuturi Gallery runs the c/collectors club, which rewards members through an exclusive loyalty programme featuring privileges that include access to priority viewings, private studio visits and preferential pricing. A safe art space 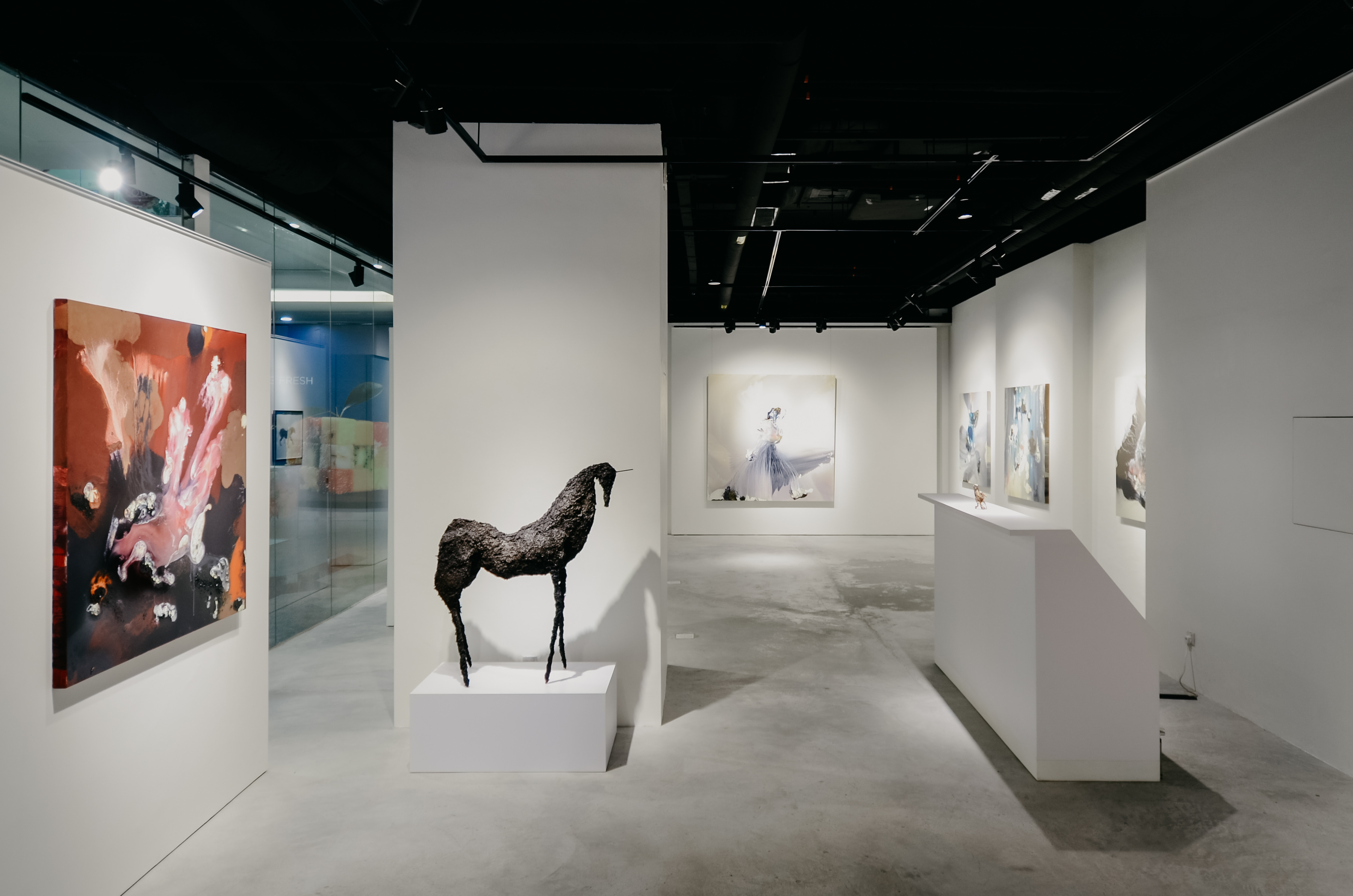 For Cuturi, one good way to demystify art is to be transparent and upfront, particularly about the pricing of the artwork. “I want to step back and break down the price. Say, I’m breaking down the price of a bronze sculpture — there’s the production cost, there’s the amount the gallery makes, and the amount the artist makes, for example. Now, production and gallery price is fixed, but the [value] of the artist is more subjective.” “When the artist is in the early days of his or her career, it is easier to price and justify but when the artist is worth, say $100,000, it’s a bit harder, and so it has much to do with the reputation of the artist, as well as [market value],” adds Cuturi. However, Cuturi is clear that the point is not to quibble about money — it is to be upfront and transparent about the cost of an artwork and its breakdown. Whatever the price of a painting, or a sculpture, says Cuturi, it’s about whether the buyer has walked away feeling that they’ve paid a good price that was worth it. “You need to ask yourself: Is this worth my money? Am I convinced that this work is worth my $10,000? You need to be convinced,” he says. “For a start, don’t buy for investment. I always say, buy what you’re connected with. Your first purchase will be wrong anyway,” he adds, smiling. “Your eye will evolve and it’s something that will take time. Maybe [you] went to this place on [your] honeymoon and this landscape painting reminds [you] of that. You buy it because you love it.” Cuturi says, the job of galleries is not to exist and wait for people to buy the art. “Our job is to break that barrier, to break their scepticism on why that painting is worth $10,000, for example,” he says. In the end, it’s all down to education and creating a safe space, where a whole cohort of art lovers and enthusiasts can appreciate art without feeling intimidated. Cuturi’s mission is just beginning, and for now, he is very positive and even ‘bullish’ on the Singapore arts scene, and for a new generation of art collectors.
News Source